There are several reasons to know some good vegan cake recipes. Many individuals love cake but they often limit their eating for several reasons but mainly for health concerns. Most of the time, the people that I know limit their intake of this delectable sugary dessert for the fear that their blood glucose levels would rise. In short, they are afraid that their diabetes might get out of control. Another reason that I always hear from my friends is that they tend to cut off from their cake intake is due to diet. I agree that cakes do have high caloric count.

I have put together a list of vegan cake recipes that range from easy to prepare, to more challenging. The one thing they all have in common is they taste amazing. And they are vegan of course. You will find a variety of vanilla vegan cake recipes to choose from like this Vanilla Fig Cake. A vanilla bean-dotted cake that is oil-free, super moist and topped with sweet figs. Perfect with a cup of tea. Full Recipe Here 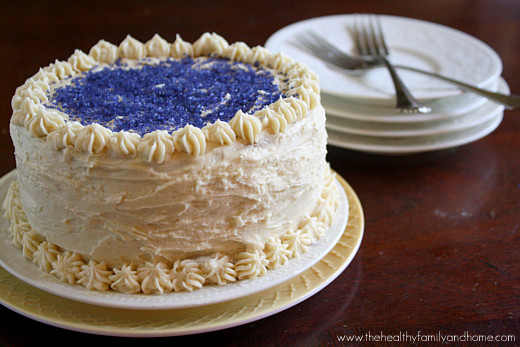 This is a really simple, basic vegan birthday cake recipe that can be made either chocolate or vanilla with a vegan “buttercream” icing. Full Recipe Here

On the next page below: Blueberry Vanilla Crème Cake and Vanilla Quinoa Cake with Chocolate Frosting